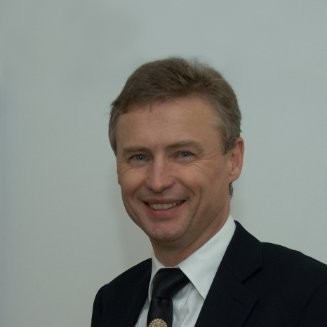 "The Pop in Your Job"
The journey of  traditional Industries towards digitalization.

CV
Guido Stephan currently serves as Senior Principle Key Expert Engineer of Industrial Digitalization in the Research Center for Digitalization and Automation at Corporate Technology in Munich, Germany.
Siemens Corporate Technology is a leading research and development unit, supporting the business activities of Siemens AG in the fields of energy, healthcare, infrastructure, and industrial applications. With around 7000 employees at 18 research and development locations worldwide, Siemens Corporate Technology is securing the technological and innovative base, of today and tomorrow, through internal competencies and over 1000 global partnerships every year.
After joining Siemens in 1999 as Project Manager in Berlin, Mr. Stephan was appointed to the position of Head of Software Development, designing the world’s first Enhanced General Packet Radio Service-based industrial data modem that precedes today’s 3G and 4G high speed mobile modems.
By 2007, he became Head of Technology and Processes and by 2009 in addition Head of R&D for Process Instrumentation in Karlsruhe. He was part of a team that worked on the WirelessHart the world’s first international wireless communication standard since 2010. In 2012 Mr. Stephan was appointed to position of Head of Technology Field Networks and Communication at Corporate Technology with main Research Focus on Industrial IoT.
Before joining Siemens Mr. Stephan held several positions in companies with focus of process automation, factory automation, automotive and communication products.
He holds an engineering degree in Communication Technology and Computer Science at Dresden Technical University, having graduated in 1986.

Siemens AG (Berlin and Munich) is a leading international technology group that has stood for technical performance, innovation, quality, reliability and internationality for more than 165 years. The company is active in more than 200 countries, with a focus on electrification, automation and digitization. In fiscal 2016, which ended on September 30, 2016, Siemens generated sales of €79.6 billion and net income of €5.6 billion. At the end of September 2016, the company had approximately 351,000 employees worldwide.
NextPrevious

Do NOT follow this link or you will be banned from the site!
[wpforms title="true" description="true" id="
We use cookies in the delivery of our services. To learn more about the cookies we use and information about your preferences, please click here. By using our Platform you agree to our use of cookies.Agree & ProceedPrivacy policy