What is the Icebreaker Session?

The Icebreaker session takes place on the evening before the event starts.

Just when everyone arrives, we are inviting you to join us for some early networking and give you the chance to settle in the atmosphere of the event. This is the time and place to share your thought-provoking ideas and get things off an interesting start. Glass in hand, make your way around the round tables, discuss and network with the speakers and business partners. We invite you to a unique location and allow you to get to know your fellow conferences attendees in a relaxed and interactive setting.

Break the ice and get the show on the road!

Do you want to network with your peers?

Do you want to digest the day and your key findings?

Do you want to sit back & connect with your new acquaintances?

Relax after the first conference day and begin a great evening with drinks, food and bubbly networking at a special location. The simply perfect combination of
an inspiring atmosphere and the right people launch you into the second day.

Bits, Bites & Bubbles is THE place for you!

Day 1 and 2 of the Rethink! Smart Manufacturing Europe main sessions, World Café sessions, expo and all lunches and breaks will take place at the Maritim proArte Hotel and we are looking forward to welcoming you there.

Berlin’s combo of glamour and grit is bound to mesmerise anyone keen to explore its vibrant culture, cutting-edge architecture, fabulous food, intense parties and tangible history.

Berlin is a big multicultural metropolis but deep down it maintains the unpretentious charm of an international village. Locals follow the credo ‘live and let live’ and put greater emphasis on personal freedom and a creative lifestyle than on material wealth and status symbols. Cafes are jammed at all hours, drinking is a religious rite and clubs keep going until the wee hours or beyond. Size-wise, Berlin is pretty big but its key areas are wonderfully compact and easily navigated on foot, by bike or by using public transport.

Bismarck and Marx, Einstein and Hitler, JFK and Bowie, they’ve all shaped – and been shaped by – Berlin, whose richly textured history stares you in the face at every turn. This is a city that staged a revolution, was headquartered by Nazis, bombed to bits, divided in two and finally reunited – and that was just in the 20th century! Walk along remnants of the Berlin Wall, marvel at the splendour of a Prussian palace, visit Checkpoint Charlie or stand in the very room where the Holocaust was planned. Berlin is like an endlessly fascinating 3D textbook where the past is very much present wherever you go.

Forget about New York – Berlin is the city that truly never sleeps. Sometimes it seems as though Berliners are the lotus eaters of Germany, people who love nothing more than a good time. The city’s vast party spectrum caters for every taste, budget and age group. From tiny basement clubs to industrial techno temples, chestnut-canopied beer gardens to fancy cocktail caverns, saucy cabarets to ear-pleasing symphonies – Berlin delivers hot-stepping odysseys, and not just after dark and on weekends but pretty much 24/7. Pack your stamina!

When it comes to creativity, the sky’s the limit in Berlin, Europe’s newest start-up capital. In the last 20 years, the city has become a giant lab of cultural experimentation thanks to an abundance of space, cheap rent and a free-wheeling spirit that nurtures and encourages new ideas. Top international performers grace its theatre, concert and opera stages; international art-world stars like Olafur Eliasson and Jonathan Meese make their home here; and Clooney and Hanks shoot blockbusters in the German capital. High-brow, low-brow and everything in between – there’s plenty of room for the full arc of cultural expression.

We are unfortunately already fully booked. If you still need a hotel room, please use one of the known booking platforms to find a room in the area.

Please note, that the room block is limited and is offered on first come, first served basis.

The Lufthansa Group offers a comprehensive global route network linking major cities around the world. To make a reservation, please click on www.lh.com/Event-Flugbuchung and enter the access code DEZQXLG in the “Access to Your Special Lufthansa Offer” area. This will open an online booking platform that will automatically calculate the discount offered or provide you with an even better offer if another promotional fare is available.

NOTE: Pop-ups must be enabled otherwise the booking platform window will not open.

These promotional fares are also available through your IATA / ARC travel agent. Travel agents can obtain ticketing instructions by sending an email to lufthansa.mobility@dlh.de and providing the access code as a reference.

If you want to act as a we.CONECT Business Partner, please contact:

For general questions about the conference programme and how to become a speaker, please contact:

For our different Marketing or Media Partnership opportunities, please contact:

Leveraging our expertise and strong relationships with key experts across the globe, we create events, content and communities that deliver mindblowing ideas, innovations & opportunities to make your business growth.

Thank You for Your Interest in Our Smart Process & Manufacturing Survey. 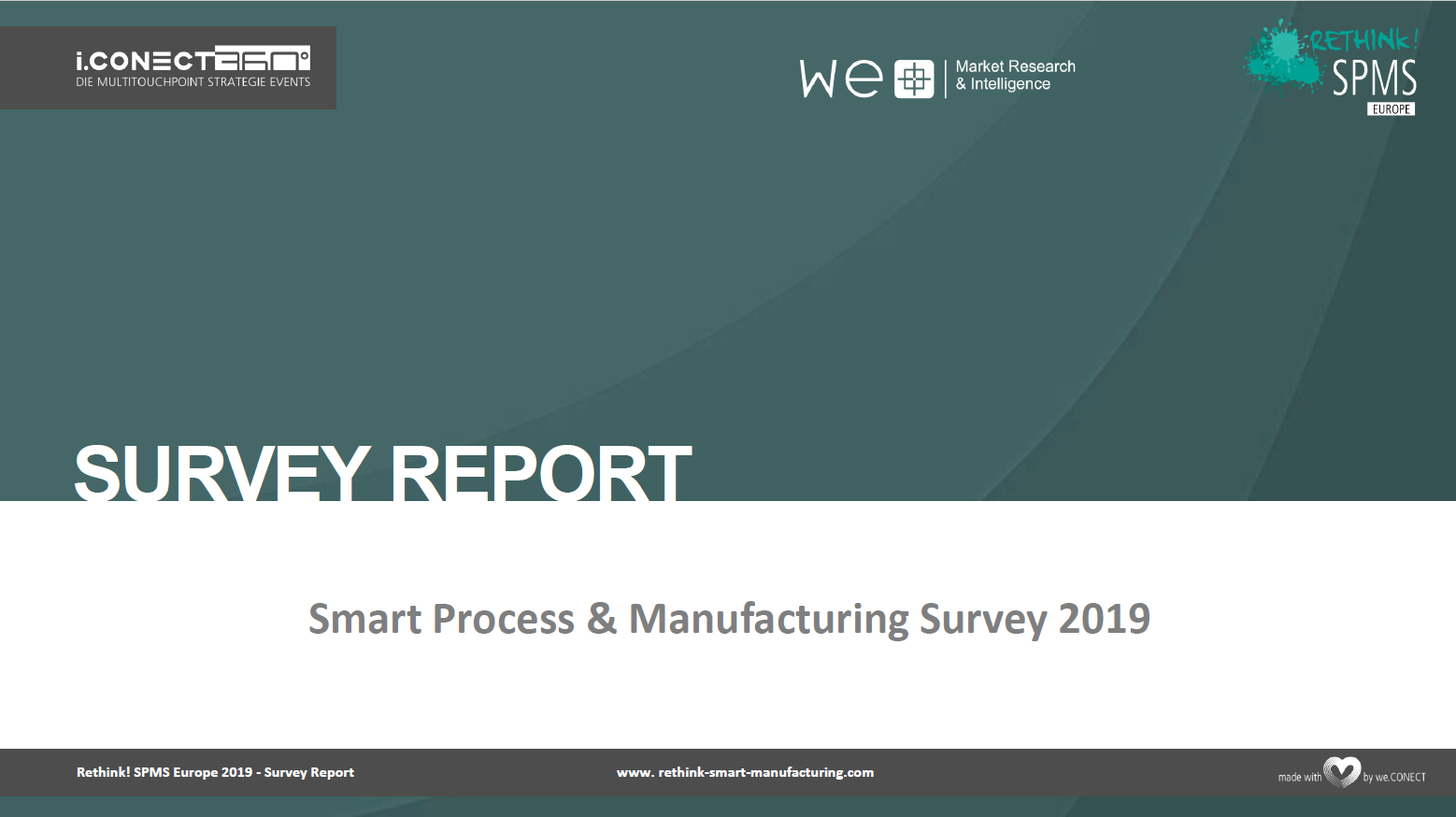 If you have problems downloading the report, please get in touch.

Further Events of our i.CONECT 360° Series

Do NOT follow this link or you will be banned from the site!
[wpforms title="true" description="true" id="
We use cookies in the delivery of our services. To learn more about the cookies we use and information about your preferences, please click here. By using our Platform you agree to our use of cookies.Agree & ProceedPrivacy policy